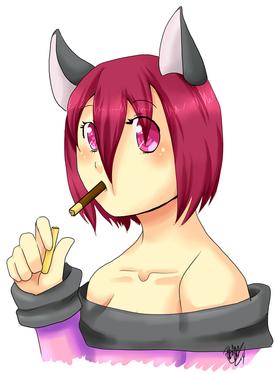 About the Company
Anime Kat, LLC was founded in the state of Washington on January 21, 2010.  Husband and wife owners, Drew and Robynn, happily opened the company’s original retail location on April 1, 2010 with much support from their family and friends.  Four years later and coinciding with the company's 4 year anniversary, Anime Kat relocated into a space over twice the size of the original location.  The expansion allowed the company to expand into even more products and provide even more space for our customers.

Active in the Community

Since the store’s opening, Anime Kat has been a very active participant in the Port Angeles Downtown Association and supports Port Angeles’ Choose Local organization. Both of these organizations do much to better the quality of life for Port Angeles area residents and businesses.

Anime Kat is very happy to support local organizations by giving noncash donations. Please contact us if your organization is seeking donations.

Many people ask how we came up with the name “Anime Kat.” It is a rather boring story.  There is no cute reason or mythology to the name; the naming was very pragmatic.  Anime and manga were always the main focus of the company.  The word “anime” is more recognizable to people than the word “manga” even if the people do not know what anime necessarily means.  Therefore, we chose the word “anime” as the first word of our name.
For the second word, we wanted a word prevalent in manga and anime.  Cats, catgirls, and catboys show up frequently in both manga and anime and are easy to make mascots out of.  Therefore, we chose the word “cat” but changed the spelling to “kat.”  Why? The fun reason: “kat” is so much more kawaii (Japanese for cute) than “cat.”  The real reason:  a web search for “anime cat” will produce over 500k results with the company being pushed down on the list.  However, a web search for “anime kat” will only produce about 30k results, and Anime Kat is most of the top results because of the unique spelling.  After the name was decided, the logo was designed by owner, Robynn.
The official mascot of Anime Kat is Fawks.  She everywhere at Anime Kat from the logo to signs and even items you can buy including shirts and postcards.  Fawks is the face of Anime Kat.  Contrary to what you might think, however, she isn’t really a cat. The cute and girly Fawks is actually a fox.  Not being a cat hasn’t stopped Fawks from popping up in anything associated with Anime Kat. She’s usually wearing an oversized sweater and a pair of socks . However, her outfit can change with her mood.
Owner, Robynn, is the original creator of Fawks.  Fawks actually predates the company by several years.  The original drawings of the character Fawks were done while Robynn was still in middle school. Robynn’s husband, Drew, asked if Fawks could be Anime Kat’s mascot when the company was founded.  Robynn said yes, and Fawks was very happy about her new job at Anime Kat. Robynn is the sole licensed artist for Fawks artwork.  Officially licensed Anime Kat and Fawks products are available for sale at the retail location.

The Owners
Anime Kat is owned by the husband and wife team of Drew and Robynn. Both bring different personalities, experiences, and skills to operating the company.
Robynn is the creative aspect of Anime Kat.  All Anime Kat Original artwork is of her design.  She would rather draw a picture of Fawks than do store paperwork.  She has been interested in anime and manga for her entire life. She is an artist first and foremost but ends up spending much of the workweek at her job outside of Anime Kat. Sadly, she doesn’t have much free time to work at the store.  You can visit her Deviant Art account to see more of her original artwork.
Drew is the business aspect of Anime Kat. He is responsible for all of the day-to-day activities at the store.  He’s better at doing a business plan than drawing a picture.  He has been interested in anime and manga since Cowboy Bebop came out in the 90’s (there is an original Faye Valentine animation cel at the store).  He is a businessman first and second and spends almost all of Anime Kat’s open hours (and off-hours) at the store. 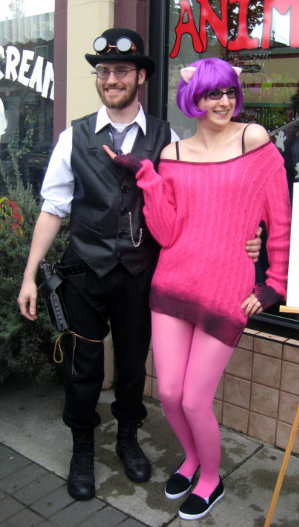